6 Tips To A Happy Marriage I’m still officially a newlywed (Mackenzie and I only got married in October last year, and haven’t reached our first anniversary yet – but it’s just around the corner!), so by no means am I an expert. But, we’ve known each other six years, building a foundation that grew from colleagues to friends, to husband and wife, and I’ve learned a lot along the way. When it comes to relationships, to each his own: what works for one doesn’t necessarily work for another. So take my advice and apply it to how you guys work, and how you guys feel. With these thoughts, anecdotes and ideas, my aim is to inspire you and get you feeling creative!

At my bachelorette party, my best friend and bridesmaid, Anita, took my arm and waltzed me around the line-dancing cowboy-bar we were at (don’t ask! Oh and I was dressed as a unicorn too, just FYI), asking some of the older couples who were dancing together, what their marriage advice was. The answers ranged from hilarious to tender and tear-jerking. A few really struck a chord.
‘Listen,’ said one. ‘And don’t just listen, but really listen when they’re talking.’ I think it’s easier now more than ever to ‘hear’ but not necessarily listen to your partner, with the abundance of distractions and phones and feeds in front of us. So take the time to put the electronics down and be present, even if it’s just during dinner together, or early in the morning when you wake up.

‘Hold hands, hug, kiss!’ said another. And they were holding hands and had been married 42 years.
‘She’s always right!’ laughed another guy as his wife giggled.

Start With a Friendship
Personally, I’ve learned that if you can be friends first and foremost, you’ll have a very strong foundation and mutual respect to draw from if and when times get tough. Mackenzie and I met on the set of my makeover show Plain Jane. We were on the second episode, filming in London, and he asked me to pay for something. I thought he was cocky as hell! But as the weeks passed, we grew close – travelling all over Europe together with crazy long hours filming. He was supportive, and great fun to work with, always keeping the crew laughing no matter how exhausted they were. He had a rare mix of acting like a kid and also being incredibly work-conscious and responsible when he needed to be. I trusted him and depended on him, and our friendship became strong. It took years for us to finally get together and when we did, we both knew it was right, and something serious. Starting a relationship with trust and respect already in place really helps.

LOL
Laugh. I’ve never met anyone who makes me laugh as much as this clown. I could be sick, or grumpy, or hungover, and he’ll still coax me into hysterics. In his wedding speech, my dad said I’d told him how much Mackenzie made me laugh, and he knew this was the guy for me. I’ve learned in life that some people can make a mountain out of a small situation, stressing or worrying (in fact, that’s often me!), but those who can look at a problem and see the funny side, will always come out winning and united.

Be Kind
Our partner is often the person we take the frustration out on, way more than we would with a friend or family member. It’s important to take a breath and reassess how you’d speak to your best friend or colleague about the same situation. This is particularly relevant for us because we work together full time as well as being married. So there are many occasions when we have a shorter temper or get bossy with each other, and have to remind ourselves just to be nice! Being kind and considerate are big ones here. In fact, kindness is my number one word when it comes to life in general. Find somebody kind, and be kind to them, and you’re set for life.

Keep Your Own Life
Remember the movie ‘I Love You Man’, where Paul Rudd has no friends? It’s so important to keep up your own friends, hobbies and trips outside of time with your hubby. Sure it’s great to mix those things together and hang out in a group, but I find time just with my closest girlfriends or gays, makes me a happier, more balanced person. Plus as Mackenzie says, you need to go off and do your own thing so that you’ve got interesting stories to tell each other at the bar afterwards!

Read The Five Love Languages
It’s a short book that has sold millions of copies around the world. It’ll take you a day or two to read, and I cannot recommend it more for streamlining how love between two people works!

Make the Effort to be Romantic
How many jokes are there in sitcoms and movies about people ‘letting go’ once they’re married? Or how a wife is a ball and chain?! And how a husband becomes a slob? Remember how you made the effort to dress up and do your makeup on the first date? Or how he opened the car door for you and booked a restaurant because he thought you’d love it? Keep doing that. Ok, not every single day (sweats can be cute too, lol), but don’t get lazy. Take pride in the home you’ve built together; leave each other romantic gestures (like a sweet post-it note on the fridge); and plan date nights. It could be a simple picnic in the park with his favorite beer and cheese, but it’s the gesture that counts. Mackenzie once planned a treasure hunt around the house for me, which was as ridiculous as it was romantic – I mean, it started with a box of pizza; had a keyring with his face on it as one of my ‘prizes’, and ended with me smashing a piñata. Inside the pinata was a note saying he loved me, and I was hooked.

2 responses to “6 Tips To A Happy Marriage” 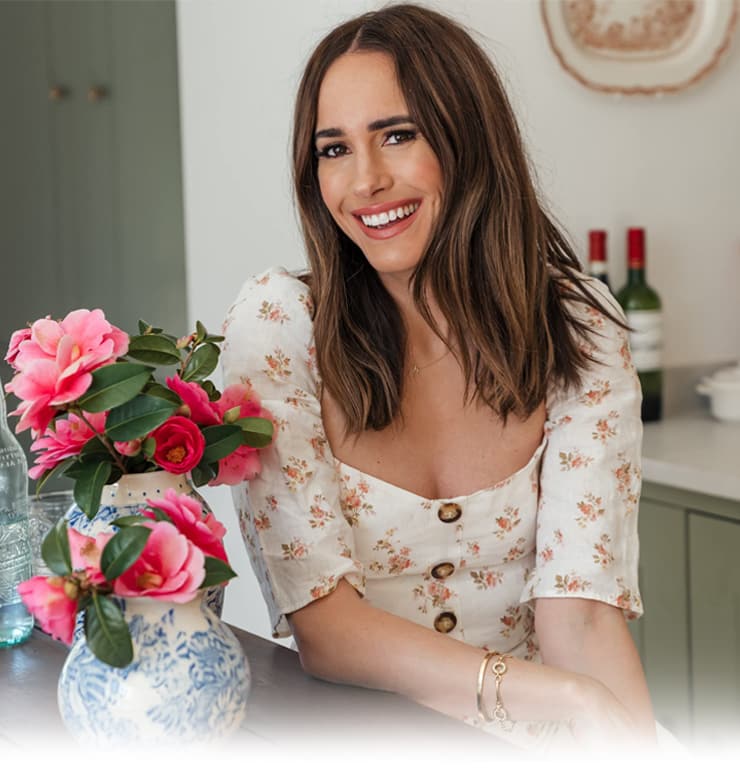 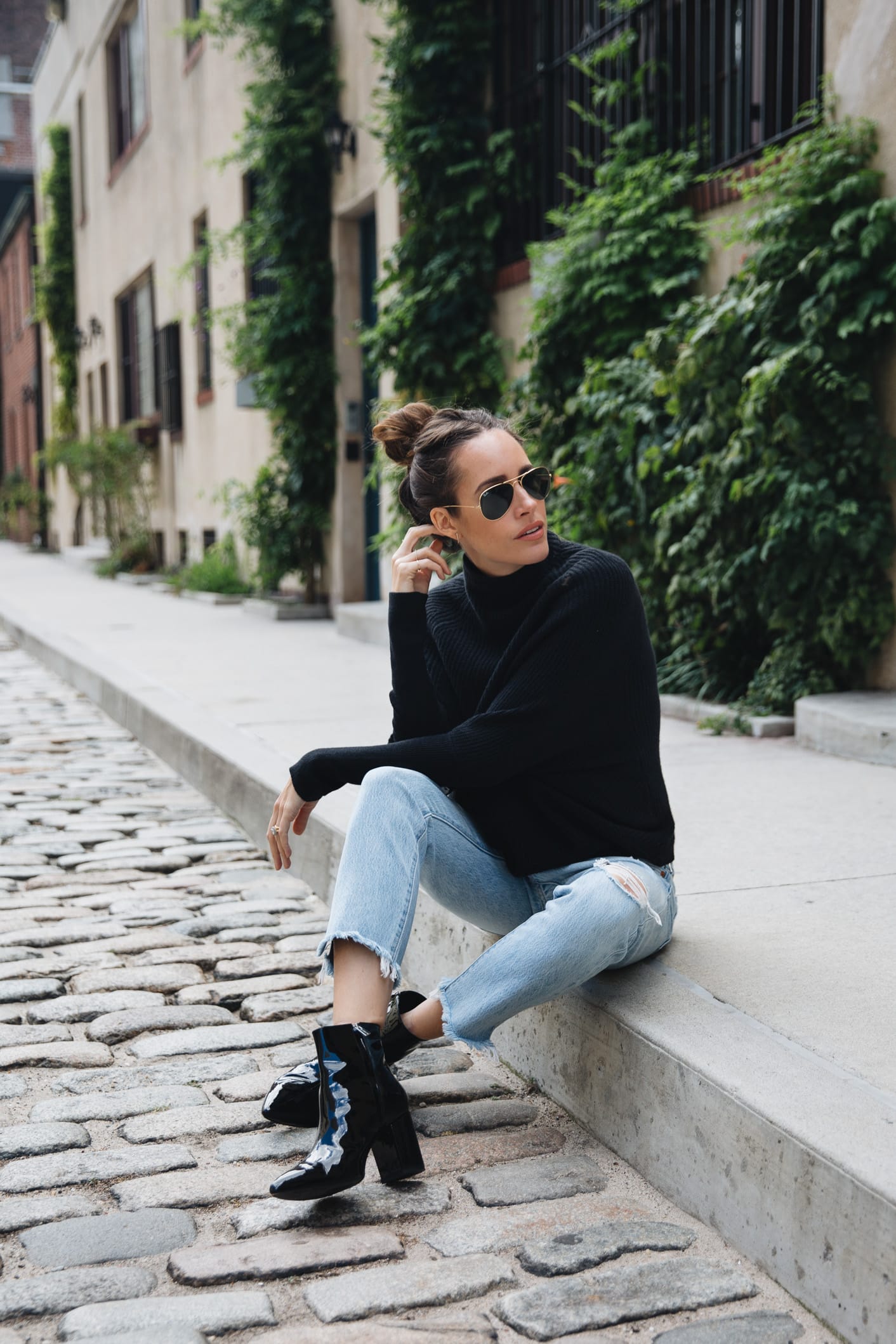 Patent boots are one of those things that can immediately take your outfit from 0 to 100. In my eyes,...